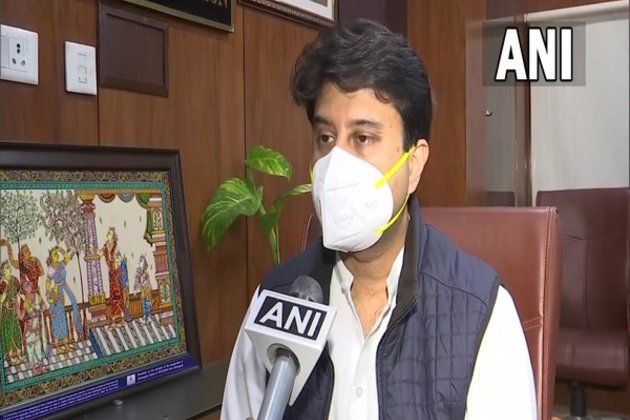 Scindia told ANI, "Such governments came to power in Uttar Pradesh which never gave importance to development. When Rajnath Singh was the chief minister, he sowed the seeds of Jewar airport in 2001-02. After that, the file lay under dust for 16 years. No government in the state gave priority to the project. When the BJP formed the government in the state in 2017, it started working on the Prime Minister's vision of establishing a new airport."The minister said the Jewar International Airport in Uttar Pradesh is going to be the largest airport not only in India but also in Asia.

Speaking to ANI, he said," This airport is part of an ambitious plan. It not only will have an impact on Uttar Pradesh but also on the future of India. This is an ambitious project under which Rs 34,000 crore is being invested in Jewar for the international airport. This is going to be the largest airport not only in India but also in Asia. It would facilitate travel of nearly seven crore passengers."Talking about the economics of the airport, the minister said the airport will create nearly one lakh jobs.

"The airport is expected to attract an investment of Rs 1,00,000 crore which will create nearly one lakh jobs," he told ANI.

Listing out the achievements of the state government, he said it has brought nine airports in the state in the last seven years.

Spread over more than 1,300 hectares of land, the airport is set to be the logistics gateway of northern India and will help establish Uttar Pradesh on the global logistics map.

It will be India's first net-zero emissions airport. It has earmarked dedicated land to be developed as a forest park using trees from the project site. (ANI)